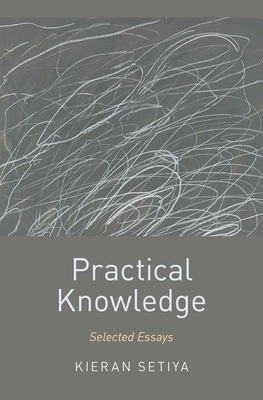 In the last forty years, action theory has revitalized moral philosophy. Philosophers have explored the nature of agency, what is involved in acting for a reason, how we know what we are doing, the role of intention, desire, and belief in motivating action, and more. At their most ambitious, philosophers have claimed that action theory is the foundation of ethics. For rationalists or constitutivists, the standards of practical reason derive from the nature of agency as a functional or teleological kind. They are no more mysterious than the standards for being a good clock or a good heart, given the function of clocks and hearts. In this collection of new and previously published essays, Kieran Setiya defends a causal theory of intentional action on which it is explained by knowledge in intention, a form of practical knowledge that transcends prior evidence. Such knowledge rests on knowing how to do the things we do. The theory is otherwise minimalist: agents need not regard their reasons as good, put means to ends, or adopt particular aims. It follows that we must reject the rationalist or constitutivist approach: the nature of agency is too thin to support the standards of practical reason. But the upshot is not nihilism. Instead, the requirement of means-end coherence is explained by the cognitive aspect of intention; and the standards of practical reason are those of ethical virtue, applied to practical thought.

Kieran Setiya is Professor of Philosophy at MIT. He works in action theory, ethics, and epistemology, and is the author of Reasons without Rationalism (2007) and Knowing Right From Wrong (OUP 2012). His essays range from the nature of rational agency to the place of love in moral philosophy and the resolution of the midlife crisis.
or
Not Currently Available for Direct Purchase
Copyright © 2020 American Booksellers Association