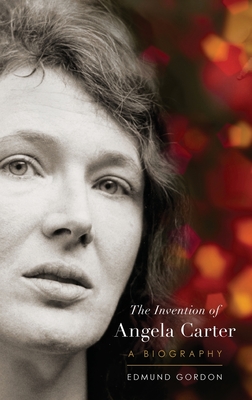 The Invention of Angela Carter

Widely acknowledged as one of the most important English writers of the last century, Angela Carter's work stands out for its bawdiness and linguistic zest, its hospitality to the fantastical and the absurd, and its extraordinary inventiveness and range. Her life was as vigorously modern and unconventional as anything in her fiction. This is the story of how Angela Carter invented herself - as a new kind of woman and a new kind of writer - and how she came to write such seductive and distinctive masterworks as The Bloody Chamber, Nights at the Circus, and Wise Children. Because its subject so powerfully embodied the spirit of the times, the book also provides a fresh perspective on Britain's social and cultural history in the second half of the twentieth century. It examines such topics as the 1960s counterculture, the social and imaginative conditions of the nuclear age, and the advent of second wave feminism. Author Edmund Gordon has followed in Angela Carter's footsteps - travelling to the places she lived in Britain, Japan, and the USA - to uncover a life rich in adventure and incident. With unrestricted access to her manuscripts, letters, and journals, and informed by interviews with Carter's friends and family, Gordon offers an unrivalled portrait of one of the twentieth century's most dazzlingly original writers. This sharply written narrative will be the definitive biography for years to come.

Edmund Gordon studied philosophy at Trinity College Dublin and English literature at University College London, and since 2011 has been a lecturer in English at King's College London. A regular contributor to the Times Literary Supplement and the London Review of Books, he has also written for a variety of other publications in Britain and the US, including Bookforum and The Guardian.
or support indie stores by buying on