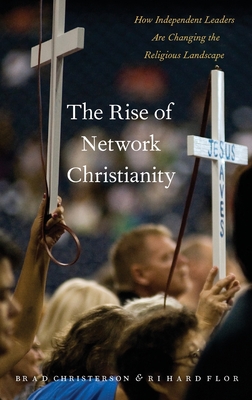 The Rise of Network Christianity

How Independent Leaders Are Changing the Religious Landscape

Why, when traditionally organized religious groups are seeing declining membership and participation, are networks of independent churches growing so explosively? Drawing on in-depth interviews with leaders and participants, The Rise of Network Christianity explains the social forces behind the fastest-growing form of Christianity in the U.S., which Brad Christerson and Richard Flory have labeled "Independent Network Charismatic." This form of Christianity emphasizes aggressive engagement with the supernatural-including healing, direct prophecies from God, engaging in "spiritual warfare" against demonic spirits--and social transformation. Christerson and Flory argue that macro-level social changes since the 1970s, including globalization and the digital revolution, have given competitive advantages to religious groups organized as networks rather than traditionally organized congregations and denominations.
Network forms of governance allow for experimentation with controversial supernatural practices, innovative finances and marketing, and a highly participatory, unorthodox, and experiential faith, which is attractive in today's unstable religious marketplace. Christerson and Flory hypothesize that as more religious groups imitate this type of governance, religious belief and practice will become more experimental, more orientated around practice than theology, more shaped by the individual religious "consumer," and authority will become more highly concentrated in the hands of individuals rather than institutions. Network Christianity, they argue, is the future of Christianity in America.

Brad Christerson is Professor of Sociology at Biola University. Richard Flory is senior Director of Research and Evaluation at the Center for Religion and Civic Culture at the University of Southern California.
Loading...
or
Not Currently Available for Direct Purchase