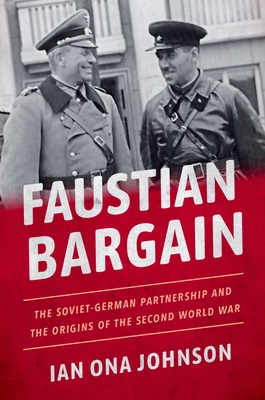 When Nazi Germany invaded Poland on September 1, 1939, launching World War Two, its army seemed an unstoppable force. The Luftwaffe bombed towns and cities across the country, and fifty divisions of the Wehrmacht crossed the border. Yet only two decades earlier, at the end of World War One,
Germany had been an utterly and abjectly defeated military power. Foreign troops occupied its industrial heartland and the Treaty of Versailles reduced the vaunted German army of World War One to a fraction of its size, banning it from developing new military technologies. When Hitler came to power
in 1933, these strictures were still in effect. By 1939, however, he had at his disposal a fighting force of 4.2 million men, armed with the most advanced weapons in the world. How could this nearly miraculous turnaround have happened? The answer lies in Russia. Beginning in the years immediately after World War One and continuing for more than a decade, the German military and the Soviet Union--despite having been mortal enemies--entered into a partnership designed to overturn the order in Europe. Centering on economic and
military cooperation, the arrangement led to the establishment of a network of military bases and industrial facilities on Soviet soil. Through their alliance, which continued for over a decade, Germany gained the space to rebuild its army. In return, the Soviet Union received vital military,
technological and economic assistance. Both became, once again, military powers capable of a mass destruction that was eventually directed against one another. Drawing from archives in five countries, including new collections of declassified Russian documents, The Faustian Bargain offers the definitive exploration of a shadowy but fateful alliance.

Ian Ona Johnson is the P.J. Moran Family Assistant Professor of Military History at the University of Notre Dame. His work has been featured in the Wall Street Journal, The National Interest, and the Bulletin of Atomic Scientists, among other publications.
Loading...
or support indie stores by buying on