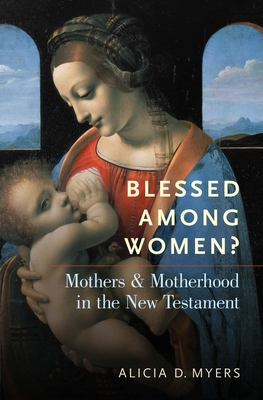 Mothers and Motherhood in the New Testament

Mothers appear throughout the New Testament. Called "blessed among women" by Elizabeth in the Gospel of Luke, Mary, the mother of Jesus, is the most obvious example. But she is far from the only mother in this canon. She is joined by Elizabeth, a chorus of unnamed mothers seeking healing or promotions for their children, as well as male mothers, including Paul (Gal 4:19-20) and Jesus. Although interpreters of the New Testament have explored these maternal characters and metaphors, many have only recently begun to take seriously their theological aspects. This book builds on previous studies by arguing maternal language is not only theological, but also indebted to ancient gender constructions and their reshaping by early Christians. Especially significant are the physiological, anatomical, and social constructions of female bodies that permeate the ancient world where ancient Christianity was birthed. This book examines ancient generative theories, physiological understandings of breast milk and breastfeeding, and presentations of prominent mothers in literature and art to analyze the use of these themes in the New Testament and several, additional early Christian writings. In a context that aligned perfection with "masculinity," motherhood was the ideal goal for women-a justification for deficient, female existence. Proclaiming a new age ushered in by God's Christ, however, ancient Christians debated the place of women, mothers, and motherhood as a part of their reframing of gender expectations. Rather than a homogenous approval of literal motherhood, ancient Christian writings depict a spectrum of ideals for women disciples even as they retain the assumption of masculine superiority. Identifying themselves as members of God's household, ancient Christians utilized motherhood as a theological category and a contested ideal for women disciples.

Alicia D. Myers is Assistant Professor of New Testament and Greek at Campbell University Divinity School. Her previous publications include Characterizing Jesus: A Rhetorical Analysis on the Fourth Gospel's Use of Scripture in Its Presentation of Jesus (2012) and Abiding Words: The Use of Scripture in the Gospel of John (co-editor, 2015).
or
Not Currently Available for Direct Purchase
Copyright © 2020 American Booksellers Association