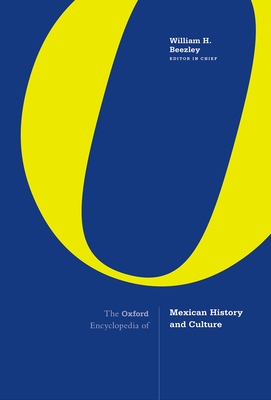 The Oxford Encyclopedia of Mexican History and Culture

In 129 articles and three volumes, The Oxford Encyclopedia of Mexican History and Culture provides a compendium of the best available scholarship on the nation's rich history and culture. An international group of leading authors, including well-known Mexican scholars, reveals new or little-known dimensions of this past or confirms with new sources previous interpretations of the Mexican experience. Themes include the expected topics of politics and economics, combined with powerful articles on biography, environment, gender, and culture, including music, art, and cinema. Unique to this volume are the essays on digital sources, such as digitized archives and photographic collections, with information on accessing and using them for historical research. Articles add to topical considerations such as gender and ethnicity, place Mexico into wider dimensions such as the Atlantic World and the Pacific Rim, and offer conclusions on natural phenomena such as flora (yielding pulque) and volcanic eruptions (in a farmer's corn patch). Authors enlighten readers with assessments of Spanish-Aztec warfare, indigenous mastery of the Spanish legal system to bend it to their purposes, songs prohibited by the Inquisition, and more than one hundred other fascinating aspects of the nation's history. Coverage of individuals includes widely known figures such as the monumental Benito Ju�rez, the hero and traitor Antonio L�pez de Santa Anna, Porfirio D�az, and L�zaro C�rdenas, as well as several outstanding women whose contributions have helped shape Mexican culture and politics. The Tlatelolco massacre of demonstrators in 1968 receives careful assessment and other essays examine the changing popular and political attitudes that followed. The tragedy ushered in events that created Mexico's electoral democracy confirmed in the 2000 presidential election. Written in clear explanatory prose and incorporating the latest research, the encyclopedia's articles offer a marvelous narrative that will be of use to scholars, students, and the general reader.

William H. Beezley is Professor of History at the University of Arizona and the Editor in Chief of the Oxford Research Encyclopedia of Latin American History. He has achieved an international reputation for his investigations of Mexico's history and culture through such publications as the classic Judas at the Jockey Club and over 25 other books, including The Oxford History of Mexico (2nd edn., 2010). In 2017 the Mexican government awarded him the Ohtli Medal.
Loading...
or
Not Currently Available for Direct Purchase