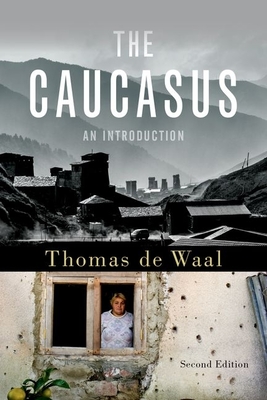 This new edition of The Caucasus is a thorough update of an essential guide that has introduced thousands of readers to a complex region. Armenia, Azerbaijan, Georgia and the break-away territories that have tried to split away from them constitute one of the most diverse and challenging regions on earth, impressing the visitor with their multi-layered history and ethnic complexity. Over the last few years, the South Caucasus region has captured international attention again because of disputes between the West and Russia, its unresolved conflicts, and its role as an energy transport corridor to Europe. The Caucasus gives the reader a historical overview and an authoritative guide to the three conflicts that have blighted the region. Thomas de Waal tells the story of the "Five-Day War" between Georgia and Russia and recent political upheavals in all three countries. He also finds time to tell the reader about Georgian wine, Baku jazz and how the coast of Abkhazia was known as "Soviet Florida." Short, stimulating and rich in detail, The Caucasus is the perfect guide to this fascinating and little-understood region.

Thomas de Waal is a writer and scholar on the Caucasus, Eastern Europe and Black Sea and the author of four books on the region, including authoritative works on the Armenia-Azerbaijan and Chechnya conflicts. He is currently a Senior Fellow with the think-tank Carnegie Europe, based in London. De Waal has worked as a newspaper journalist in Moscow and a foreign policy analyst in Washington DC.
or
Buy Here
Copyright © 2020 American Booksellers Association