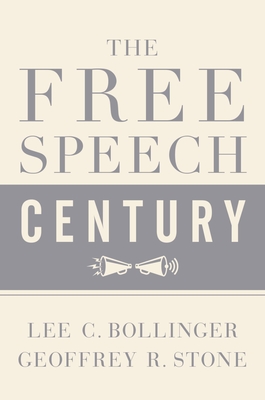 Lee C. Bollinger is the nineteenth President of Columbia University since June 1, 2002. A prominent advocate of affirmative action, he played a leading role in the twin Supreme Court cases--Grutter v Bollinger and Gratz v Bollinger that upheld and clarified the importance of diversity as a compelling justification for affirmative action in higher education. A leading First Amendment scholar, he is widely published on freedom of speech and press, including Uninhibited, Robust, and Wide-Open (2010), and currently serves on the faculty of Columbia Law School. Geoffrey R. Stone is the Edward H. Levi Distinguished Service Professor at the University of Chicago. Stone was appointed by President Obama to serve on the President's Review Group which was charged with evaluating our nation's foreign intelligence surveillance programs in the wake of Edward Snowden's leaks. He is the author of many books on constitutional law, including Sex and the Constitution: Sex, Religion and Law from America's Origins to the Twenty-First Century (2017), and Perilous Times: Free Speech in Wartime (2004).
or support indie stores by buying on
Copyright © 2020 American Booksellers Association