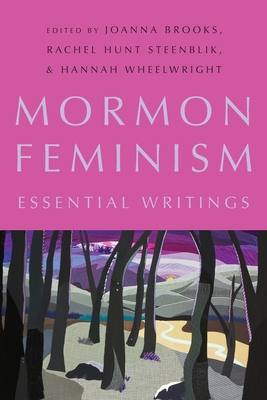 This groundbreaking collection gathers together for the first time the essential writings of the contemporary Mormon feminist movement--from its historic beginnings in the 1970s to its vibrant present, offering the best Mormon feminist thought and writing. No issue in Mormonism has made more headlines than the faith's distinctive approach to sex and gender. From its polygamous nineteenth-century past to its twentieth-century stand against the Equal Rights Amendment and its twenty-first-century fight against same-sex marriage, the Church of Jesus Christ of Latter-day Saints (LDS) has consistently positioned itself on the frontlines of battles over gender-related identities, roles, and rights. But even as the church has maintained a conservative position in public debates over sex and gender, Mormon women have developed their own brand of feminism by recovering the lost histories of female leadership and exploring the empowering potential of Mormon theology. The selections in this book-many gathered from out-of-print anthologies, magazines, and other ephemera--walk the reader through the history of Mormon feminism, from the second-wave feminism of the 1970s to contemporary debates over the ordination of women. Collecting essays, speeches, poems, and prose, Mormon Feminism presents the diverse voices of Mormon women as they challenge assumptions and stereotypes, push for progress and change in the contemporary LDS Church, and band together with other feminists of faith hoping to build a better world.

Joanna Brooks is Associate Vice President of Faculty Affairs at San Diego State University. She is the author of four books including The Book of Mormon Girl: A Memoir of an American Faith and the popular Twitter feed @askmormongirl. Rachel Hunt Steenblik is a Ph.D. student in philosophy of religion and theology at Claremont Graduate University. Hannah Wheelwright is a Programs Assistant at Robert F. Kennedy Human Rights, founder of Young Mormon Feminists, and a former spokeswoman for Ordain Women, an organization devoted to promoting the ordination of women in the Mormon Church.
or
Buy Here
Copyright © 2020 American Booksellers Association