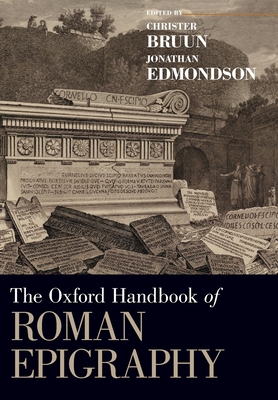 The Oxford Handbook of Roman Epigraphy

Epigraphy, or the study of inscriptions, is critical for anyone seeking to understand the Roman world, whether they regard themselves as literary scholars, historians, archaeologists, anthropologists, religious scholars or work in a field that touches on the Roman world from c. 500 BCE to 500
CE and beyond. The Oxford Handbook of Roman Epigraphy is the fullest collection of scholarship on the study and history of Latin epigraphy produced to date. Rather that just a collection of inscriptions, however, this volume seeks to show why inscriptions matter and demonstrate to classicists and
ancient historians how to work with the sources. To that end, the 35 chapters, written by senior and rising scholars in Roman history, classics, and epigraphy, cover everything from typograph to the importance of inscriptions for understanding many aspects of Roman culture, from Roman public life,
to slavery, to the roles and lives of women, to the military, and to life in the provinces. Students and scholars alike will find the Handbook a crritical tool for expanding their knowledge of the Roman world.