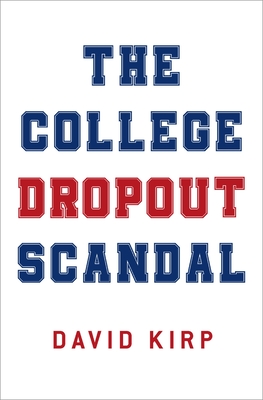 Higher education today faces a host of challenges, from quality to cost. But too little attention gets paid to a startling fact: four out of ten students -- that's more than ten percent of the entire population - -who start college drop out. The situation is particularly dire for black and Latino students, those from poor families, and those who are first in their families to attend college. In The College Dropout Scandal, David Kirp outlines the scale of the problem and shows that it's fixable - -we already have the tools to boost graduation rates and shrink the achievement gap. Many college administrators know what has to be done, but many of them are not doing the job - -the dropout rate hasn't decreased for decades. It's not elite schools like Harvard or Williams who are setting the example, but places like City University of New York and Long Beach State, which are doing the hard work to assure that more students have a better education and a diploma. As in his New York Times columns, Kirp relies on vivid, on-the-ground reporting, conversations with campus leaders, faculty and students, as well as cogent overviews of cutting-edge research to identify the institutional reforms--like using big data to quickly identify at-risk students and get them the support they need -- and the behavioral strategies -- from nudges to mindset changes - -that have been proven to work. Through engaging stories that shine a light on an underappreciated problem in colleges today, David Kirp's hopeful book will prompt colleges to make student success a top priority and push more students across the finish line, keeping their hopes of achieving the American Dream alive.

David Kirp is a professor at the University of California at Berkeley, a contributing writer at The New York Times, a Fellow of the American Academy of Arts and Sciences as well as a member of the National Academy of Education. His most recent book, Improbable Scholars: The Rebirth of a Great American School System and a Strategy for America's Schools, was awarded the 2014 Outstanding Book Award by the American Educational Research Association. He served on President Obama's education policy team during the 2008 transition.
Loading...
or support indie stores by buying on