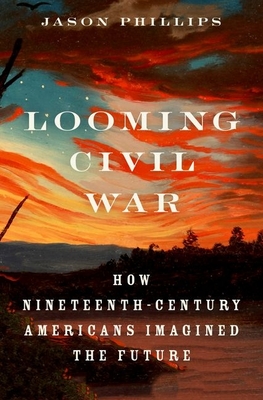 How Nineteenth-Century Americans Imagined the Future

How did Americans imagine the Civil War before it happened? The most anticipated event of the nineteenth century appeared in novels, prophecies, dreams, diaries, speeches, and newspapers decades before the first shots at Fort Sumter. People forecasted a frontier filibuster, an economic clash between free and slave labor, a race war, a revolution, a war for liberation, and Armageddon. Reading their premonitions reveals how several factors, including race, religion, age, gender, region, and class, shaped what people thought about the future and how they imagined it. Some Americans pictured the future as an open, contested era that they progressed toward and molded with their thoughts and actions. Others saw the future as a closed, predetermined world that approached them and sealed their fate. When the war began, these opposing temporalities informed how Americans grasped and waged the conflict. In this creative history, Jason Phillips explains how the expectations of a host of characters-generals, politicians, radicals, citizens, and slaves-affected how people understood the unfolding drama and acted when the future became present. He reconsiders the war's origins without looking at sources using hindsight, that is, without considering what caused the cataclysm and whether it was inevitable. As a result, Phillips dispels a popular myth that all Americans thought the Civil War would be short and glorious at the outset, a ninety-day affair full of fun and adventure. Much more than rational power games played by elites, the war was shaped by uncertainties and emotions and darkened horizons that changed over time. Looming Civil War highlights how individuals approached an ominous future with feelings, thoughts, and perspectives different from our sensibilities and unconnected to our view of their world. Civil War Americans had their own prospects to ponder and forge as they discovered who they were and where life would lead them. The Civil War changed more than America's future; it transformed how Americans imagined the future and how Americans have thought about the future ever since.

Jason Phillips is the Eberly Family Professor of Civil War Studies in the Department of History at West Virginia University. He is the author of Diehard Rebels: The Confederate Culture of Invincibility and the editor of Storytelling, History, and the Postmodern South.
Loading...
or support indie stores by buying on