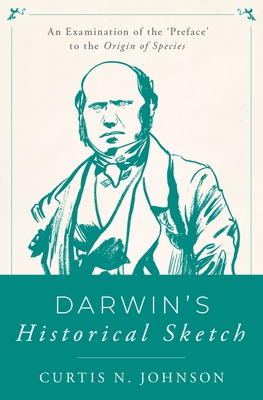 An Examination of the 'Preface' to the Origin of Species

Charles Darwin's Historical Sketch has appeared as a preface to nearly every authorized edition of Darwin's Origin of Species since the second English edition was published in 1860. The Historical Sketch provides a brief history of opinion about the species question as a prelude to
Darwin's own independent contribution to the subject, but its provenance is somewhat obscure. While some previous thinkers anticipated portions of Darwin's theory long before he did, none of them saw the complete picture as clearly as Darwin. As such, he was able to claim originality and priority
for the idea that has transformed our understanding of nature. His Historical Sketch was written as an attempt to address these issues. Some things are known about its production, such as when it first appeared and what changes were made to it between its first appearance in 1860 and its final
form in 1866. Other questions remain unanswered. How did it evolve in Darwin's mind? Why did he write it at all? What did he think he was accomplishing by prefacing it to Origin of Species? Curtis Johnson approaches these questions, offering some clarity on the originality of Darwin's work. Darwin's Historical Sketch is the first comprehensive study of Darwin's Preface to Origin of Species. Johnson conveys the pressure Darwin felt from friends and other correspondents to showcase the originality of his theory, and he tackles questions of originality by carefully examining the 35
authors Darwin referenced in this monumental text.

Curtis Johnson is Robert B. Pamplin Jr. Chair of Government Emeritus at Lewis & Clark College in Portland, Oregon. His areas of expertise include the history of political thought, with emphasis on ancient political theory, and Darwin in the context of 19th century biological theory. He has publishedbooks and articles on the political thought of Aristotle and Plato and recently on Darwin's thought (Darwin's Dice, 2014). He was drawn to Darwin studies from a long-standing interest in Aristotle's biological works.
Loading...
or support indie stores by buying on