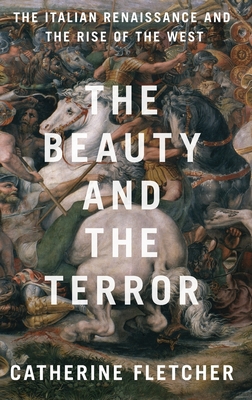 The Beauty and the Terror

The Italian Renaissance and the Rise of the West

Other Editions of This Title:
Digital Audiobook, Spanish, Castilian (12/8/2021)

A new account of the birth of the West through its birthplace--Renaissance Italy The period between 1492--resonant for a number of reasons--and 1571, when the Ottoman navy was defeated in the Battle of Lepanto, embraces what we know as the Renaissance, one of the most dynamic and creatively explosive epochs in world history. Here is the period that gave rise to so many great artists and figures, and which by its connection to its classical heritage enabled a redefinition, even reinvention, of human potential. It was a moment both of violent struggle and great achievement, of Michelangelo and da Vinci as well as the Borgias and Machiavelli. At the hub of this cultural and intellectual ferment was Italy. The Beauty and the Terror offers a vibrant history of Renaissance Italy and its crucial role in the emergence of the Western world. Drawing on a rich range of sources--letters, interrogation records, maps, artworks, and inventories--Catherine Fletcher explores both the explosion of artistic expression and years of bloody conflict between Spain and France, between Catholic and Protestant, between Christian and Muslim; in doing so, she presents a new way of witnessing the birth of the West.

Catherine Fletcher is a historian of Renaissance and early modern Europe. Her previous works include The Divorce of Henry VIII and The Black Prince of Florence. She teaches History and Heritage at Swansea University in the UK and has held research fellowships in London, Florence, and Rome.
Loading...
or support indie stores by buying on