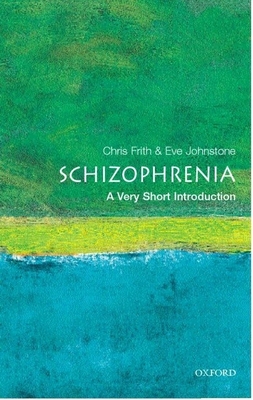 The schizophrenic patient presented to the public in sensational press reports and lurid films bears little resemblance to reality of the illness. This book describes what schizophrenia is really like, how the illness progresses, and the treatments that have been applied. It also summarizes the most up-to-date knowledge available about the biological bases of this disorder. Finally it attempts to give some idea of what it is like to have schizophrenia and what this disorder tells us about the relationship between mind and brain.

Chris Frith FRS is Professor in Neuropsychology at University College London and deputy director of the Functional Imaging Laboratory at the Institute of Neurology. He is a Wellcome Principal Research Fellow and uses brain imaging techniques to investigate the neural correlates of consciousness in health and disease. He has published over 200 scientific papers and his book The cognitive neuropsychology of schizophrenia (Psychology Press, 1992) was awarded the 1996 Book Award by the British Psychological Society. Eve C. Johnstone MD, FRCP, FRCPsych is Professor and Head of the Department of Psychiatry in the University of Edinburgh. In addition to an extensive clinical practice she conducts large scale research on all aspects of schizophrenia designed to improve treatment and identify risk factors. She has published over 300 scientific papers and among other books, is senior editor of the Companion to Psychiatry Studies (Harcourt, Brace, 1998) and Schizophrenia: Concepts and Clinical management CUP, 1999.
Loading...
or
Not Currently Available for Direct Purchase