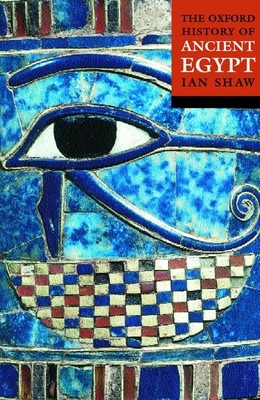 The Oxford History of Ancient Egypt

The Oxford History of Ancient Egypt uniquely covers 700,000 years of ancient Egypt, from c. 700,000 BC to AD 311. Following the story from the Egyptians' prehistoric origins to their conquest by the Persians, Greeks, and Romans, this book resurrects a fascinating society replete with remarkable historical information. It investigates such subjects as the changing nature of life and death in the Nile valley to some of the earliest masterpieces of art, architecture, and literature in the ancient world. The authors--an international team of experts working at the cutting edge of their particular fields--outline the principal sequence of political events, including detailed examinations of the three so-called 'intermediate periods' which were previously regarded as 'dark ages' and are only now beginning to be better understood. They also examine cultural and social patterns, including stylistic developments in art and literature. Addressing the issues surrounding this distinctive culture, vividly relating the rise and fall of ruling dynasties, exploring colorful personalities, and uncovering surprising facts, The Oxford History of Ancient Egypt is certain to enrich our understanding of this endlessly intriguing civilization.
"Brimming with...intriguing facts...also provides a first-rate overview of le progr's Egyptien--from the period when Homo erectus first stalked the land right up to Octavian's triumphant entry into Egypt in 30 BC."--The Times (London) (on the previous edition)

Ian Shaw studied Archaeology and Egyptology at Cambridge University, gaining a PhD on the archaeological remains at Tell el-Amarna. He later undertook research into Egyptian quarrying and mining sites as a British Academy Research Fellow at New Hall, Cambridge. His other publications include Ancient Egyptian Warfare and Weapons (1992), The British Museum Dictionary of Ancient Egypt (1995), The Dictionary of Archaeology (1999), and Ancient Egyptian Materials and Technology (2000)
Loading...
or support indie stores by buying on