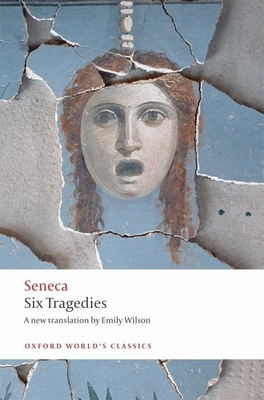 Here is a lively, readable, and accurate verse translation of the six best plays by one of the most influential of all classical Latin writers--the only tragic playwright from ancient Rome whose work survives. Tutor to the emperor Nero, Seneca lived through uncertain, oppressive, and violent times, and his dramas depict the extremes of human behavior. Rape, suicide, child-murder, incestuous love, madness, and mutilation afflict the characters, who are obsessed and destroyed by their feelings. Seneca forces us to think about the difference between compromise and hypocrisy, about what happens when emotions overwhelm judgment, and about how a person can be good, calm, or happy in a corrupt society and under constant threat of death. In addition to her superb translation, Emily Wilson provides an invaluable introduction which offers a succinct account of Seneca's life and times, his philosophical beliefs, the literary form of the plays, and their immense influence on European literature. The book also includes an up-to-date bibliography and explanatory notes which identify mythological allusions. About the Series: For over 100 years Oxford World's Classics has made available the broadest spectrum of literature from around the globe. Each affordable volume reflects Oxford's commitment to scholarship, providing the most accurate text plus a wealth of other valuable features, including expert introductions by leading authorities, voluminous notes to clarify the text, up-to-date bibliographies for further study, and much more.

Emily Wilson is Associate Professor of Classics at the University of Pennsylvania.
Loading...
or support indie stores by buying on