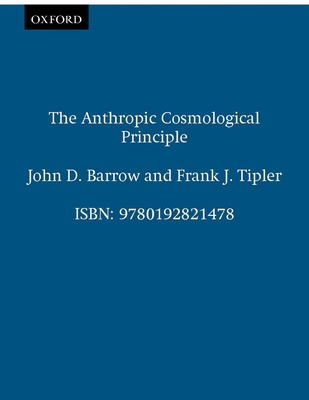 Ever since Copernicus, scientists have continually adjusted their view of human nature, moving it further and further from its ancient position at the center of Creation. But in recent years, a startling new concept has evolved that places it more firmly than ever in a special position.
Known as the Anthropic Cosmological Principle, this collection of ideas holds that the existence of intelligent observers determines the fundamental structure of the Universe. In its most radical version, the Anthropic Principle asserts that intelligent information-processing must come into
existence in the Universe, and once it comes into existence, it will never die out.
This wide-ranging and detailed book explores the many ramifications of the Anthropic Cosmological Principle, covering the whole spectrum of human inquiry from Aristotle to Z bosons. Bringing a unique combination of skills and knowledge to the subject, John D. Barrow and Frank J. Tipler--two of
the world's leading cosmologists--cover the definition and nature of life, the search for extraterrestrial intelligence, and the interpretation of the quantum theory in relation to the existence of observers. The book will be of vital interest to philosophers, theologians, mathematicians,
scientists, and historians, as well as to anyone concerned with the connection between the vastness of the universe of stars and galaxies and the existence of life within it on a small planet out in the suburbs of the Milky Way.

John D. Barrow is University Lecturer in Astronomy at the University of Sussex, England.Frank J. Tipler is Professor of Mathematical Physics at Tulane University, New Orleans.
Loading...
or support indie stores by buying on