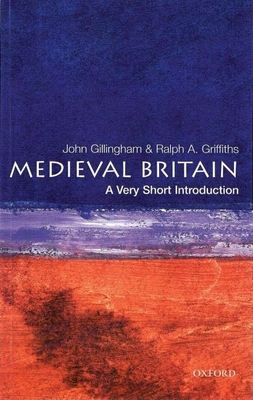 A comprehensive and authoritative short guide, this Very Short Introduction to Medieval Britain covers the establishment of the Anglo-Norman monarchy in the early Middle Ages, through to England's failure to dominate the British Isles and France in the later Middle Ages. Out of the turbulence came stronger senses of identity in Scotland, Wales, and Ireland. Yet this was an age, too, of growing definition of Englishness and of a distinctive English cultural tradition.

John Gillingham taught history at the London School of Economics, University of London, from 1965 to 1998. His previous publications include The Angevin Empire (Edward Arnold, 1981); Richard Coeur de Lion (Noesis, Paris, 1996), awarded the Prix Guillaume le Conquerant for 1997; Richard I (Yale University Press, 1999); The English in the Twelfth Century (Boydell Press, 2000); The Angevin Empire (revised edition of 1981 edition) is forthcoming.

Ralph A. Griffiths has been Professor of Medieval History, University of Wales, Swansea, since 1982. His previous publications include The Principality of Wales in the later Middle Ages, Vol. I, South Wales, 1277-1536 (University of Wales Press, 1972); The Reign of King Henry VI (Benn and California University Press, 1981; 2nd edn Sutton 1998); The Making of the Tudor Dynasty, with R. S. Thomas (Sutton and Humanities Press, 1985; revised edn 1993); The Oxford Illustrated History of the British Monarchy, with J. Cann