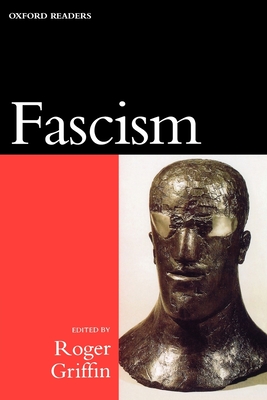 No political ideology has had a greater impact on modern history, or caused more intellectual controversy, than fascism. It has been identified with totalitarianism, state terror, fanaticism, orchestrated violence, and blind obedience, and was directly associated with the horrors of the Second
World War, which left more than 40 million dead and introduced inconceivable notions of inhumanity. The mere mention of the term today evokes visions of atrocities and ineffable cruelty. Yet, the end of the twentieth century appears to have spawned a renewed interest in fascism, suggesting that it
is time for us to examine our understanding of its ideas, ideals, and inequities.
Edited by Roger Griffin, described as 'the premier theorist {of fascism} of the younger generation' (Contemporary European History), this important Oxford Reader demonstrates why fascism strongly appeals to many people, and how dangerous the result of this fascination may be. It includes a wide
selection of texts written by fascist thinkers and propagandists, as well as by prominent anti-fascists from both inside and outside Europe, before and after the Second World War. Included are texts on fascism in Germany and Italy, on the abortive pre-1945 fascisms in more than a dozen countries
around the world, on reactions to fascism, and on post-war and contemporary fascism. With contributions from writers as diverse as Benito Mussolini and Primo Levi, Joseph Goebbels and George Orwell, Martin Heidegger and Max Horkheimer, this compelling anthology provides insight into the depths and
breadths of the destructive repercussions of fascist ideology. In no other volume will students of political theory, history, sociology, and psychology have access to such a compendium of key texts on this simultaneoulsy intriguing and frightening political force.

Roger Griffin is the author of several studies of fascism, including The Nature of Fascism (1991, 1993), and contributor to Contemporary Political Ideologies (1993). He is Principal Lecturer in the Department of History at Oxford Brookes University.
Loading...
or
Not Currently Available for Direct Purchase