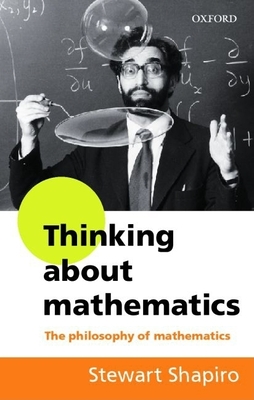 The Philosophy of Mathematics

This unique book by Stewart Shapiro looks at a range of philosophical issues and positions concerning mathematics in four comprehensive sections. Part I describes questions and issues about mathematics that have motivated philosophers since the beginning of intellectual history. Part II is an historical survey, discussing the role of mathematics in the thought of such philosophers as Plato, Aristotle, Kant, and Mill. Part III covers the three major positions held throughout the twentieth century: the idea that mathematics is logic (logicism), the view that the essence of mathematics is the rule-governed manipulation of characters (formalism), and a revisionist philosophy that focuses on the mental activity of mathematics (intuitionism). Finally, Part IV brings the reader up-to-date with a look at contemporary developments within the discipline. This sweeping introductory guide to the philosophy of mathematics makes these fascinating concepts accessible to those with little background in either mathematics or philosophy.

Stewart Shapiro is Professor of Philosophy at Ohio State University at Newark and Professorial Fellow in the Department of Logic and Metaphysics at the University of St Andrews, Scotland.
Loading...
or
Not Currently Available for Direct Purchase