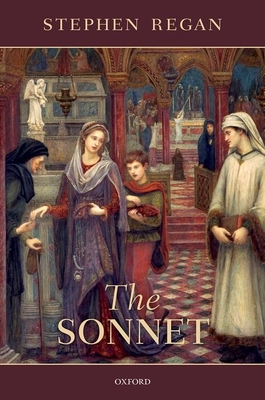 The Sonnet provides a comprehensive study of one of the oldest and most popular forms of poetry, widely used by Shakespeare, Milton, and Wordsworth, and still used today by poets such as Seamus Heaney, Tony Harrison, and Carol Ann Duffy. This book combines a broad historical overview of the
sonnet with detailed critical analysis to show how the sonnet has achieved its special status and popularity among poets in Britain, Ireland, and America.

Stephen Regan is a Lecturer in Modern Poetry at Royal Holloway, University of London. He is the founding editor of The Year s Work in Critical and Cultural Theory (Blackwell) and the editor of The Politics of Pleasure: Aesthetics and Cultural Theory (Open University Press, 1992). He has also edited The Eagleton Reader (Blackwell, 1998). Among his publications on twentieth-century poetry are Philip Larkin (Macmillan, 1992) and the New Casebook on Larkin (1997). His most recent book is The Nineteenth-Century Novel: A Critical Reader (Routledge, 2001).
Loading...
or
Not Currently Available for Direct Purchase