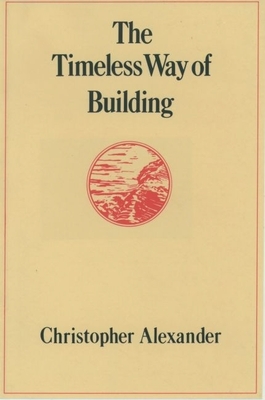 The Timeless Way of Building (Center for Environmental Structure)

The theory of architecture implicit in our world today, Christopher Alexander believes, is bankrupt. More and more people are aware that something is deeply wrong. Yet the power of present-day ideas is so great that many feel uncomfortable, even afraid, to say openly that they dislike what is happening, because they are afraid to seem foolish, afraid perhaps that they will be laughed at. Now, at last, there is a coherent theory which describes in modern terms an architecture as ancient as human society itself. The Timeless Way of Building is the introductory volume in the Center for Environmental Structure series, Christopher Alexander presents in it a new theory of architecture, building, and planning which has at its core that age-old process by which the people of a society have always pulled the order of their world from their own being. Alexander writes, There is one timeless way of building. It is thousands of years old, and the same today as it has always been. The great traditional buildings of the past, the villages and tents and temples in which man feels at home, have always been made by people who were very close to the center of this way. And as you will see, this way will lead anyone who looks for it to buildings which are themselves as ancient in their form as the trees and hills, and as our faces are.

Christopher Alexander is a builder, craftsman, general contractor, architect, painter, and teacher. He taught from 1963 to 2002 as Professor of Architecture at the University of California, Berkeley, and is now Professor Emeritus. He has spent his life running construction projects, experimentingwith new building methods and materials, and crafting carefully articulated buildings--all to advance the idea that people can build environments in which they will thrive. Acting on his deeply-held conviction that, as a society, we must recover the means by which we can build and maintain healthy living environments, he has lived and worked in many cultures, and built buildings all over the world. Making neighborhoods, building-complexes, building, balustrades, columns, ceilings, windows, tiles, ornaments, models and mockups, paintings, furniture, castings and carvings--all this has been his passion, and is the cornerstone from which his paradigm-changing principles have been derived.
Loading...
or support indie stores by buying on