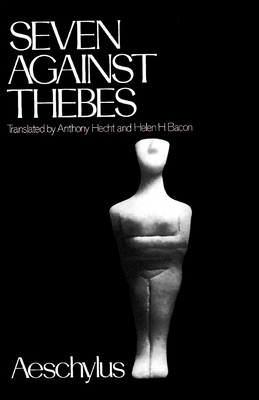 The formidable talents of Anthony Hecht, one of the most gifted of contemporary American poets, and Helen Bacon, a classical scholar, are here brought to bear on this vibrant translation of Aeschylus' much underrated tragedy The Seven Against Thebes. The third and only remaining play in a
trilogy dealing with related events, The Seven Against Thebes tells the story of the Argive attempt to claim the Kingdom of Thebes, and of the deaths of the brothers Eteocles and Polyneices, each by the others hand. Long dismissed by critics as ritualistic and lacking in dramatic tension, Seven
Against Thebes is revealed by Hecht and Bacon as a work of great unity and drama, one exceptionally rich in symbolism and imagery.

Anthony Hecht is among America's most distinguished poets, and has received the Pulitzer Prize for Poetry in 1968 and the Loines Award of the National Institute of Arts and Letters. He has also been a Fellow of the American Academy in Rome, the recipient of a Guggenheim Fellowship, and is the authorof numerous books of verse. Helen Bacon is Professor of Classics at Barnard College, and has been scholar-in-residence at the American Academy in Rome, a Fullbright Fellow, and a Fellow of the American School of Classical Studies in Athens. She is the author of Barbarians in Greek Tragedy.
Loading...
or support indie stores by buying on