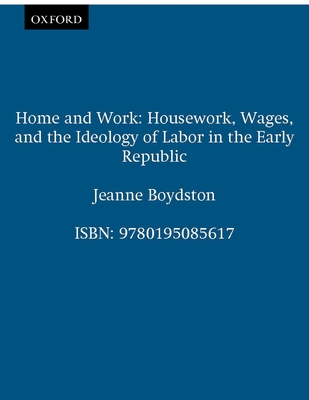 Housework, Wages, and the Ideology of Labor in the Early Republic

Over the course of a two hundred year period, women's domestic labor gradually lost its footing as a recognized aspect of economic life in America. The image of the colonial goodwife, valued for her contribution to household prosperity, had been replaced by the image of a dependent and a non-producer. This book is a history of housework in the United States prior to the Civil War. More particularly, it is a history of women's unpaid domestic labor in the context of the emergence of an industrialized society in the northern United States. Boydston argues that just as a capitalist economic order had first to teach that wages were the measure of a man's worth, it had at the same time, implicitly or explicitly, to teach that those who did not draw wages were dependent and not essential to the real economy. Developing a striking account of the gender and labor systems that characterized industrializing America, Boydston explains how this effected the devaluation of women's unpaid labor.