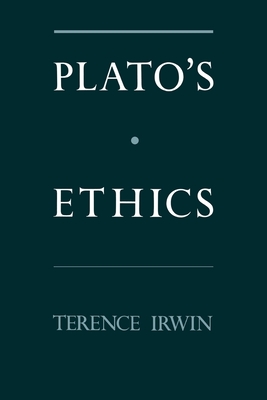 This exceptional book examines and explains Plato's answer to the normative question, "How ought we to live?" It discusses Plato's conception of the virtues; his views about the connection between the virtues and happiness; and the account of reason, desire, and motivation that underlies his arguments about the virtues. Plato's answer to the epistemological question, "How can we know how we ought to live?" is also discussed. His views on knowledge, belief, and inquiry, and his theory of Forms, are examined, insofar as they are relevant to his ethical view. Terence Irwin traces the development of Plato's moral philosophy, from the Socratic dialogues to its fullest exposition in the Republic. Plato's Ethics discusses Plato's reasons for abandoning or modifying some aspects of Socratic ethics, and for believing that he preserves Socrates' essential insights. A brief and selective discussion of the Statesmen, Philebus, and Laws is included. Replacing Irwin's earlier Plato's Moral Theory (Oxford, 1977), this book gives a clearer and fuller account of the main questions and discusses some recent controversies in the interpretation of Plato's ethics. It does not presuppose any knowledge of Greek or any extensive knowledge of Plato.