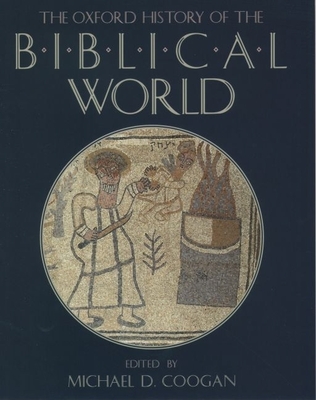 The Oxford History of the Biblical World

Here, in one impressively illustrated volume, leading scholars offer compelling glimpses into the biblical world, the world in which prophets, poets, sages, and historians created one of our most important texts--the Bible.
For more than a century, archeologists have been unearthing the tombs, temples, texts, and artifacts of the ancient Near East and the Mediterranean world. Using new approaches, contemporary scholars have begun to synthesize this material with the biblical traditions. The Oxford History of the Biblical World incorporates the best of this scholarship, and in chronologically ordered chapters presents the reader with a readable and integrated study of the history, art, architecture, languages, literatures, and religion of biblical Israel and early Judaism and Christianity in their larger cultural contexts. The authors also examine such issues as the roles of women, the tensions between urban and rural settings, royal and kinship social structures, and official and popular religions of the region. Readers will find that 200 photographs, line drawings, and maps as well as an insert containing 25 color photographs vividly illustrate the history discussed.
Understanding the biblical world is a vital part of understanding the Bible. Broad, authoritative, and visually engaging, The Oxford History of the Biblical World will illuminate for any reader the ancient world from which the Bible emerged.

Michael D. Coogan received a Ph.D. in Near Eastern languages and literatures from Harvard University. He has excavated in Israel, Jordan, Cyprus, and Egypt. The coeditor ofThe Oxford Companion to the Bible and author of many other books and publications, he is currently director of publications for the Harvard Semitic Museum and professor of religious studies at Stonehill College in Easton, Massachusetts.
Loading...
or
Not Currently Available for Direct Purchase