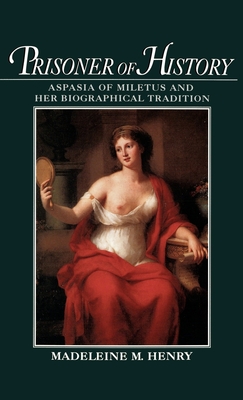 Aspasia of Miletus and Her Biographical Tradition

According to legend, Aspasia of Miletus was a courtesan, the teacher of Socrates, and the political adviser of her lover Pericles. Next to Sappho and Cleopatra, she is the best known woman of the ancient Mediterranean. Yet continued uncritical reception of her depiction in Attic comedy and naive acceptance of Plutarch's account of her in his Life of Pericles prevent us from understanding who she was and what her contributions to Greek thought may have been. Madeleine Henry combines traditional philological and historical methods of analysis with feminist critical perspectives, in order to trace the construction of Aspasia's biographical tradition from ancient times to the present. Through her analysis of both literary and political evidence, Henry determines the ways in which Aspasia has become an icon of the sexually attractive and politically influential female, how this construction has prevented her from taking her rightful place as a contributor to the philosophical enterprise, and how continued belief in this icon has helped sexualize all women's intellectual achievements. This is the first work to study Aspasia's biographical tradition from ancient Greece to the present day.