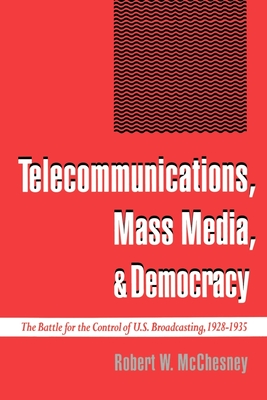 This work shows in detail the emergence and consolidation of U.S. commercial broadcasting economically, politically, and ideologically. This process was met by organized opposition and a general level of public antipathy that has been almost entirely overlooked by previous scholarship. McChesney highlights the activities and arguments of this early broadcast reform movement of the 1930s. The reformers argued that commercial broadcasting was inimical to the communication requirements of a democratic society and that the only solution was to have a dominant role for nonprofit and noncommercial broadcasting. Although the movement failed, McChesney argues that it provides important lessons not only for communication historians and policymakers, but for those concerned with media and how they are used.