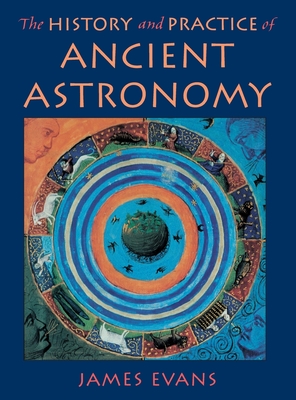 The History and Practice of Ancient Astronomy

The History and Practice of Ancient Astronomy combines new scholarship with hands-on science to bring readers into direct contact with the work of ancient astronomers. While tracing ideas from ancient Babylon to sixteenth-century Europe, the book places its greatest emphasis on the Greek period, when astronomers developed the geometric and philosophical ideas that have determined the subsequent character of Western astronomy. The author approaches this history through the concrete details of ancient astronomical practice. Carefully organized and generously illustrated, the book can teach readers how to do real astronomy using the methods of ancient astronomers. For example, readers will learn to predict the next retrograde motion of Jupiter using either the arithmetical methods of the Babylonians or the geometric methods of Ptolemy. They will learn how to use an astrolabe and how to design sundials using Greek and Roman techniques. The book also contains supplementary exercises and patterns for making some working astronomical instruments, including an astrolabe and an equatorium. More than a presentation of astronomical methods, the book provides a critical look at the evidence used to reconstruct ancient astronomy. It includes extensive excerpts from ancient texts, meticulous documentation, and lively discussions of the role of astronomy in the various cultures. Accessible to a wide audience, this book will appeal to anyone interested in how our understanding of our place in the universe has changed and developed, from ancient times through the Renaissance.