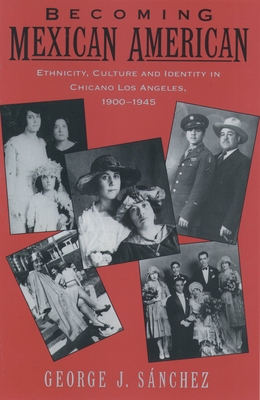 Twentieth-century Los Angeles has been the locus of one of the most profound and complex interactions between variant cultures in American history. Yet this study is among the first to examine the relationship between ethnicity and identity among the largest immigrant group to that city. By focusing on Mexican immigrants to Los Angeles from 1900 to 1945, George J. S�nchez explores the process by which temporary sojourners altered their orientation to that of permanent residents, thereby laying the foundation for a new Mexican-American culture. Analyzing not only formal programs aimed at these newcomers by the United States and Mexico, but also the world created by these immigrants through family networks, religious practice, musical entertainment, and work and consumption patterns, S�nchez uncovers the creative ways Mexicans adapted their culture to life in the United States. When a formal repatriation campaign pushed thousands to return to Mexico, those remaining in Los Angeles launched new campaigns to gain civil rights as ethnic Americans through labor unions and New Deal politics. The immigrant generation, therefore, laid the groundwork for the emerging Mexican-American identity of their children.