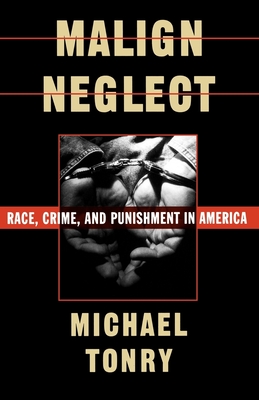 Race, Crime, and Punishment in America

Despite the perennial claims of politicians that our courts are coddling hardened criminals, the fact is that America already sends a higher proportion of its citizens to prison--and for longer terms--than any other western nation. To quote the Canadian House of Commons's Committee on Justice, If locking up those who violate the law contributed to safer societies, then the United States should be the safest country in the world. Yet despite well-documented and mounting evidence that increased penalties alone cannot reduce crime, the Reagan and Bush administrations repeatedly lobbied for tougher mandatory sentences and more prisons. Although black crime rates have been stable for twenty years, the number and percentages of blacks in jail and prison have skyrocketed since Ronald Reagan took office. The trend continues with President Clinton, who recently called for three strikes you're out legislation dictating mandatory life sentences for third felony convictions.
In Malign Neglect, Michael Tonry addresses these paradoxes with passion and lucidity. Drawing on a vast compendium of the latest statistical, legal and social science research, he takes on the explosive issues of race, crime and punishment. As unconventional as he is committed, Tonry confronts uncomfortable truths head-on. On the one hand, he is outraged by politicians' talk of Willy Horton and Welfare Queens. The texts may be crime and welfare, Tonry writes, but the subtext is race. While he recognizes that the disadvantaged have no license to attack, rape or steal, and that the absolution of disadvantaged offenders would require a cynical acceptance of the suffering of victims, he argues powerfully that crime control policies can be recast so that, without diminishing public safety, they do less harm to disadvantaged black Americans. Tonry presents devastating evidence that our current policies are decimating black communities, and impeding the movement of disadvantaged black Americans into the social and economic mainstream of modern America.
A blistering attack on worn-out misconceptions about race, poverty, crime and punishment and a fearless prescription for change, Malign Neglect is an indispensable briefing paper on a topic which goes to the heart and soul of the nation.

Michael Tonry is Sonosky Professor of Law and Public Policy at the University of Minnesota. He is the co-author of Between Prison and Probation, with Norval Morris, editor of the leading journal Crime and Justice--A Review of Research, and General Editor, with Morris, of the Oxford University Press series Studies in Crime and Public Policy.
Loading...
or support indie stores by buying on