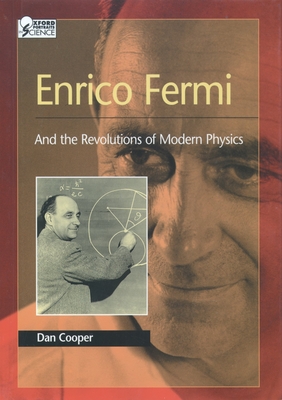 And the Revolutions of Modern Physics (Oxford Portraits in Science)

In 1938, at the age of 37, Enrico Fermi was awarded the Nobel Prize in Physics. That same year he emigrated from Italy to the United States and, in the course of his experiments, discovered nuclear fission--a process which forms the basis of nuclear power and atomic bombs. Soon the brilliant physicist was involved in the top secret race to produce the deadliest weapon on Earth. He created the first self-sustaining chain reaction, devised new methods for purifying plutonium, and eventually participated in the first atomic test. This compelling biography traces Fermi's education in Italy, his meteoric career in the scientific world, his escape from fascism to America, and the ingenious experiments he devised and conducted at the University of Rome, Columbia University, and the Los Alamos laboratory. The book also presents a mini-course in quantum and nuclear physics in an accessible, fast-paced narrative that invokes all the dizzying passion of Fermis brilliant discoveries.
Oxford Portraits in Science is an on-going series of scientific biographies for young adults. Written by top scholars and writers, each biography examines the personality of its subject as well as the thought process leading to his or her discoveries. These illustrated biographies combine accessible technical information with compelling personal stories to portray the scientists whose work has shaped our understanding of the natural world.