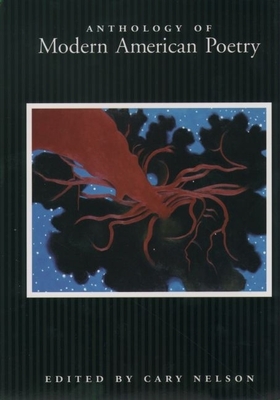 Anthology of Modern American Poetry contains more than 750 poems by 161 American poets, including many who have not been anthologized before. Spanning a period from Walt Whitman to Sherman Alexie, this collection is the first to review the twentieth century comprehensively. It presents not
only the canonical poetry of the last hundred years but also numerous poems by women, minority, and progressive writers only rediscovered in the past two decades. Uniquely comprehensive, Anthology of Modern American Poetry represents Robert Frost with 23 poems, Wallace Stevens with 22, and Marianne Moore with 14, including her most ambitious long poems. William Carlos Williams is represented not only by his exquisite short lyrics, but also with an
experimental combination of poetry and prose. With 29 poems, Langston Hughes is given full treatment for the first time in any comprehensive anthology. Substantial selections by contemporary poets like John Ashbery, Sylvia Plath, Frank O'Hara, Philip Levine, Lucille Clifton, Judy Grahn, Adrian
Louis, Yusef Komunyakaa, Mart n Espada, and Sherman Alexie are also included. Anthology of Modern American Poetry is the first anthology to give full treatment to American long poems and poem sequences. T.S. Eliot's The Waste Land, Gertrude Stein's Patriarchal Poetry, William Carlos Williams's The Descent of Winter, Edna St. Vincent Millay's Sonnets from an Ungrafted
Tree, Muriel Rukeyser's The Book of the Dead, Melvin Tolson's Libretto for the Republic of Liberia, Theodore Roethke's North American Sequence, Gwendolyn Brooks's Gay Chaps at the Bar, Kenneth Rexroth's The Love Poems of Marichiko, both Allen Ginsberg's Howl and his Wichita Vortex
Sutra, and both Adrienne Rich's Shooting Script and her Twenty-One Love Poems are all included in their entirety. Anthology of Modern American Poetry offers the most detailed annotations available in an anthology of this type. Many works benefit from specially commissioned research that provides students with such help as the identification of the inventive references in Melvin Tolson's poetry, translation of
all foreign language passages, and illumination of obscure references. This is also the only American poetry anthology to present selected poems in the beautifully illustrated form in which they first appeared. In addition, an accompanying website featuring readings of poems and historical
background is available at http: //www.english.uiuc.edu/maps. Ideal for courses in modern American poetry, modern American literature, modern or contemporary poetry, creative writing-poetry, and American studies, Anthology of Modern American Poetry introduces students to the last 100 years of our poetic heritage in a uniquely rich and provocative
format.