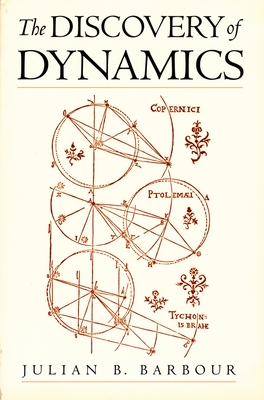 The Discovery of Dynamics (Paperback)

By Julian B. Barbour

Ever since Newton created dynamics, there has been controversy about its foundations. Are space and time absolute? Do they form a rigid but invisible framework and container of the universe? Or are space, time, and motion relative? If so, does Newton's 'framework' arise through the influence of the universe at large, as Ernst Mach suggested? Einstein's aim when creating his general theory of relativity was to demonstrate this and thereby implement 'Mach's Principle'. However, it is widely believed that he achieved only partial success. This question of whether motion is absolute or relative has been a central issues in philosophy; the nature of time has perennial interest. Current attempts to create a quantum description of the whole universe keep these issues at the cutting edge of modern research.
Written by the world's leading expert on Mach's Principle, The Discovery of Dynamics is a highly original account of the development of notions about space, time, and motion. Widely praised in its hardback version, it is one of the fullest and most readable accounts of the astronomical studies that culminated in Kepler's laws of planetary motion and of the creation of dynamics by Galileo, Descartes, Huygens, and Newton. Originally published as Absolute or Relative Motion?, Vol. 1: The Discovery of Dynamics (Cambridge), The Discovery of Dynamics provides the technical background to Barbour's recently published The End of Time, in which he argues that time disappears from the description of the quantum universe.