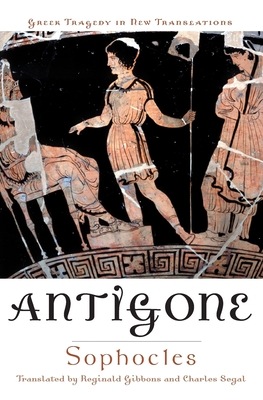 Oedipus, the former ruler of Thebes, has died. Now, when his young daughter Antigone defies her uncle, Kreon, the new ruler, because he has prohibited the burial of her dead brother, she and he enact a primal conflict between young and old, woman and man, individual and ruler, family and state, courageous and self-sacrificing reverence for the gods of the earth and perhaps self-serving allegiance to the gods of the sky.

Reginald Gibbons is the author of nine volumes of poems, including Sparrow: New and Selected Poems, It's Time and Fern-Texts. With Charles Segal he has also translated Euripides' Bakkhai. He teaches at Northwestern University. The late Charles Segal was Walter C. Klein Professor of the Classics at Harvard University. His many books include Sophocles' Tragic World, Tragedy and Civilization: An Interpretation of Sophocles, and Oedipus Tyrannus: Tragic Heroism and the Limits of Knowledge.
Loading...
or support indie stores by buying on