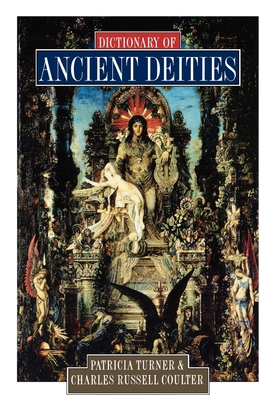 Nothing reveals more about a civilization than the gods and goddesses it worshipped. For thousands of years humans have fashioned stories about divine beings to explain their most mysterious, terrifying, and exalted experiences. Today the names of many of these deities have fallen into obscurity. The Dictionary of Ancient Deities brings these gods and goddesses back to light. Here, in one superbly written volume, is every known divine being throughout recorded history, from Athena and Brahma to the evil demon king Ngworekara of the African Fan people and the Babylonian dream messenger Zaqar. With over 10,000 entries, The Dictionary of Ancient Deities is the most comprehensive reference of its kind, covering not only gods and goddesses, but also spirits, places, festivals, sacred texts and objects, heroes, monsters, demigods, and the plethora of fantastic mythical beasts that have populated the human imagination from time immemorial. The encyclopedia also includes many deities often missing from standard collections, notably from Inuit, Native American, and African cultures. Alphabetically arranged entries provide the name of each deity (with alternate spellings), followed by the tribe or culture that worshipped the deity. Most importantly, the entries--whether brief descriptions or longer essays--offer lucid and engaging explanations of the origins and functions of the god or goddess. With a comprehensive index and an extensive bibliography, The Dictionary of Ancient Deities is the best choice for anyone intrigued by the rich pantheon of divine beings that have mirrored the human psyche and shaped our earliest civilizations.

Patricia Turner is a writer and researcher living in Daly City, California. The late Charles Russell Coulter, of Los Angeles, was a novelist and engineer.
Loading...
or
Not Currently Available for Direct Purchase