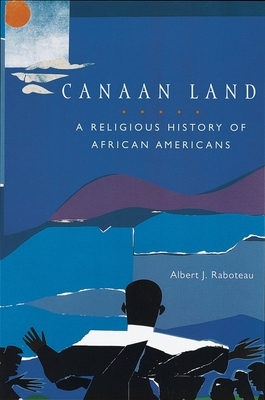 A Religious History of African Americans

Throughout African-American history, religion has been indelibly intertwined with the fight against intolerance and racial prejudice. Martin Luther King, Jr.-America's best-known champion of civil liberties-was a Baptist minister. Father Divine, a fiery preacher who established a large following in the 1920s and 1930s, convinced his disciples that he could cure not only disease and infirmity, but also poverty and racism.
An in-depth examination of African-American history and religion, this comprehensive and lively book provides panoramic coverage of the black religious and social experience in America. Renowned historian Albert J. Raboteau traces the subtle blending of African tribal customs with the powerful Christian establishment, the migration to cities, the growth of Islam, and the 200-year fight for freedom and identity which was so often centered around African-American churches. From the African Methodist Episcopal Church to the Nation of Islam and from the first African slaves to Louis Farrakhan, this far-reaching book chronicles the evolution of an important and influential component of our religious and historical heritage. African American Religion combines meticulously researched historical facts with a fast-paced, engaging narrative that will appeal to readers of any age.