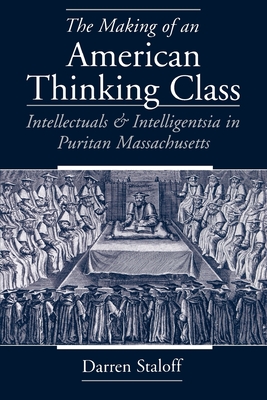 The Making of an American Thinking Class

Intellectuals and Intelligentsia in Puritan Massachusetts

A radical new interpretation of the political and intellectual history of Puritan Massachusetts, The Making of an American Thinking Class envisions the Bay colony as a seventeenth century one-party state, where congregations served as ideological 'cells' and authority was restricted to an educated elite of ministers and magistrates. From there Staloff offers a broadened conception of the interstices of political, social, and intellectual authority in Puritan Massachusetts and beyond, arguing that ideologies, as well as ideological politics, are produced by self-conscious, and often class-conscious, thinkers.

Darren Staloff is Assistant Professor of History at City College of New York.
Loading...
or support indie stores by buying on