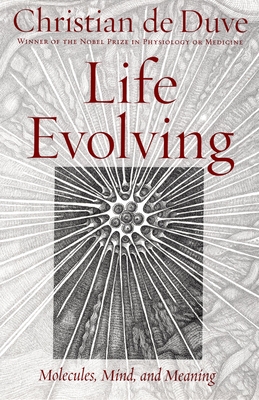 In just a half century, humanity has made an astounding leap in its understanding of life. Now, one of the giants of biological science, Christian de Duve, discusses what we've learned in this half century, ranging from the tiniest cells to the future of our species and of life itself. With wide-ranging erudition, De Duve takes us on a dazzling tour of the biological world, beginning with the invisible workings of the cell, the area in which he won his Nobel Prize. He describes how the first cells may have arisen and suggests that they may have been like the organisms that exist today near deep-sea hydrothermal vents. Contrary to many scientists, he argues that life was bound to arise and that it probably only took millennia--maybe tens of thousands of years--to move from rough building blocks to the first organisms possessing the basic properties of life. With equal authority, De Duve examines topics such as the evolution of humans, the origins of consciousness, the development of language, the birth of science, and the origin of emotion, morality, altruism, and love. He concludes with his conjectures on the future of humanity--for instance, we may evolve, perhaps via genetic engineering, into a new species--and he shares his personal thoughts about God and immortality. In Life Evolving, one of our most eminent scientists sums up what he has learned about the nature of life and our place in the universe. An extraordinarily wise and humane volume, it will fascinate readers curious about the world around them and about the impact of science on philosophy and religion.

Christian de Duve won the Nobel Prize in 1974 for his work on the organization of the cell. One of the best-known pioneers of cell biology, he is head of the Christian de Duve Institute of Cellular Pathology. He is the author of Vital Dust: Life as a Cosmic Imperative, Blueprint for a Cell: The Nature and Origins of Life, and A Guided Tour of the Living Cell. He shares his time between New York and Brussels.
or support indie stores by buying on
Copyright © 2020 American Booksellers Association