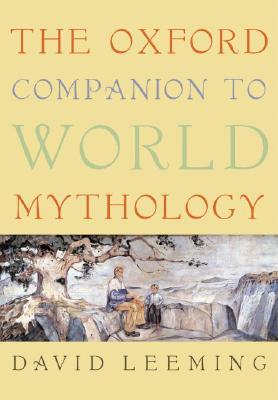 Cave paintings at Lascaux, France and Altamira, Spain, fraught with expression thousands of years later; point to an early human desire to form a cultural identity. In the Oxford Companion to World Mythology, David Leeming explores the role of mythology, or myth-logic, in history and determines that the dreams of specific cultures add up to a larger collective story of humanity. Stopping short of attempting to be all-inclusive, this fascinating volume will nonetheless be comprehensive, opening with an introduction exploring the nature and dimensions of myth and proposing a definition as a universal language. Briefly dipping into the ways our understanding of myth has changed from Aristotle and Plato to modern scholars such as Joseph Campbell, the introduction loosely places the concept in its present context and precedes articles on influential mythologists and mythological approaches that appear later in the Companion.
The main body of Leeming's work consists of A-Z entries covering all aspects of mythology, including substantial essays on the world's major mythological traditions (Greek, Native American, Indian, Japanese, Sumerian, Egyptian), mythological types and motifs (Descent to the Underworld, the Hero, the Trickster, Creation, the Quest), mythological figures (Odysseus, Zeus, Osiris, Spider Woman, and Inanna) as well as numerous interrelated subjects such as fairly tales and legends. The Companion also locates myth in our lives today, relating it to language patterns, psychology, religion, politics, art, and gender attitudes. Many of the better-known and more significant myths are vividly retold in this volume that will be illustrated with maps, more than 70 black and white images, and eight pages of color highlighting the central role art has often played in the transmission and perpetuation of myth. Following the entries, a rich section of appendices will include family trees of the major pantheons, equivalency charts for the gods of Greece and Rome, Babylon and Sumer, as well as other traditions, an extensive bibliography, and an index.