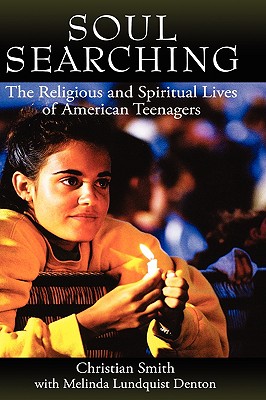 The Religious and Spiritual Lives of American Teenagers

In innumerable discussions and activities dedicated to better understanding and helping teenagers, one aspect of teenage life is curiously overlooked. Very few such efforts pay serious attention to the role of religion and spirituality in the lives of American adolescents. But many teenagers are very involved in religion. Surveys reveal that 35% attend religious services weekly and another 15% attend at least monthly. 60% say that religious faith is important in their lives. 40% report that they pray daily. 25% say that they have been "born again." Teenagers feel good about the congregations they belong to. Some say that faith provides them with guidance and resources for knowing how to live well. What is going on in the religious and spiritual lives of American teenagers? What do they actually believe? What religious practices do they engage in? Do they expect to remain loyal to the faith of their parents? Or are they abandoning traditional religious institutions in search of a new, more authentic "spirituality"? This book attempts to answer these and related questions as definitively as possible. It reports the findings of The National Study of Youth and Religion, the largest and most detailed such study ever undertaken. The NYSR conducted a nationwide telephone survey of teens and significant caregivers, as well as nearly 300 in-depth face-to-face interviews with a sample of the population that was surveyed. The results show that religion and spirituality are indeed very significant in the lives of many American teenagers. Among many other discoveries, they find that teenagers are far more influenced by the religious beliefs and practices of their parents and caregivers than commonly thought. They refute the conventional wisdom that teens are "spiritual but not religious." And they confirm that greater religiosity is significantly associated with more positive adolescent life outcomes. This eagerly-awaited volume not only provides an unprecedented understanding of adolescent religion and spirituality but, because teenagers serve as bellwethers for possible future trends, it affords an important and distinctive window through which to observe and assess the current state and future direction of American religion as a whole.

Christian Smith is the William R. Kenan, Jr. Professor of Sociology at the University of Notre Dame, Director of the Center for the Sociology of Religion and Society, and Principal Investigator of the National Study of Youth and Religion. He is the author of Moral, Believing Animals (OUP, 2003), co-author of Divided by Faith (OUP, 2000) and the co-author of the forthcoming Passing the Plate (OUP). Melinda Lundquist Denton is Assistant Professor of Sociology at Clemson University.
Loading...
or support indie stores by buying on