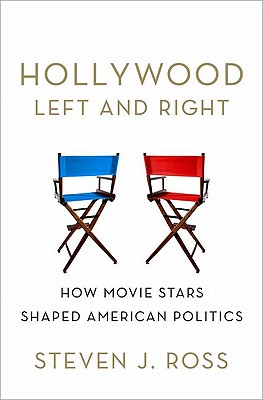 Ever since the film industry relocated to Hollywood early in the twentieth century, it has had an outsized influence on American politics. Through a series of gripping chapters on larger-than-life figures in American cinema--Charlie Chaplin, Louis Mayer, Edward G. Robinson, Harry Belafonte, Ronald Reagan, George Murphy, Jane Fonda, Charlton Heston, Warren Beatty, and Arnold Schwarzenegger--Hollywood Left and Right tells the compelling story of how Hollywood emerged as a vital center of American politics. From Chaplin, whose movies almost always displayed his leftist convictions, to Schwarznegger's nearly seamless transition from action blockbusters to the California governor's mansion, Steve Ross traces the intersection of Hollywood and political activism through the twentieth century and into the 21st. Significantly, Hollywood Left and Right challenges the commonly held belief that Hollywood is a bastion of liberalism. The real story, as Ross shows in this passionate yet highly entertaining work, is a far more complicated one.The Left and the Right each gained ascendancy in Tinseltown at different times, but while the Hollywood Left was usually more vocal and visible, it was the Right that achieved the most, capturing a Senate seat (Murphy), a governorship (Schwarzenegger), and--ultimately--the Presidency (Reagan).

An eminent historian of film, Steven J. Ross is recipient of the Academy of Motion Picture Arts and Sciences' Films Scholars Award and author of the prize-winning book, Working-Class Hollywood: Silent Film and the Shaping of Class in America.
or
Not Currently Available for Direct Purchase
Copyright © 2020 American Booksellers Association