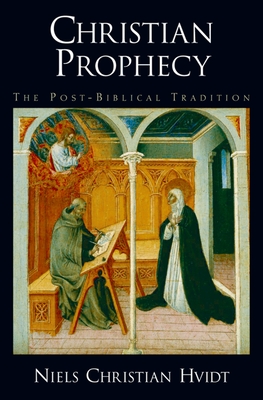 Throughout the Hebrew Bible, God guides and saves his people through the words of his prophets. When the prophets are silenced, the people easily lose their way. What happened after the incarnation, death and resurrection of Christ? Did God fall silent? The dominant position in Christian theology is that prophecy did indeed cease at some point in the past -if not with the Old Testament prophets, then with John the Baptist, with Jesus, with the last apostle, or with the closure of the canon of the New Testament. Nevertheless, throughout the history of Christianity there have always been acclaimed saints and mystics -most of them women-who displayed prophetic traits. In recent years, the charismatic revival in both Protestant and Catholic circles has once again raised the question of the place and function of prophecy in Christianity. Scholarly theological attitudes toward Christian prophecy range from modest recognition to contempt. Mainstream systematic theology, both Protestant and Catholic, has mostly marginalized or ignored the gift of prophecy. In this book, however, Niels Christian Hvidt argues that prophecy has persisted in Christianity as an inherent and continuous feature in the life of the church. Prophecy never died, he argues, but rather proved its dynamism by mutating to meet new historical conditions. He presents a comprehensive history of prophecy from ancient Israel to the present and closely examines the development of the theological discourse that surrounds it. Throughout, though, there is always an awareness of the critical discernment required when evaluating the charism of prophecy. The debate about prophecy, Hvidt shows, leads to some profound insights about the very nature of Christianity and the church. For example, some have argued that Christianity is a perfect state and that all that is required for salvation is acceptance of its doctrines. Others have emphasized how God continues to intervene and guide his people onto the right path as the full implementation of God's salvation in Christ is still far away. This is the position that Hvidt forcefully and persuasively defends and develops in this ambitious and important work.

Niels Christian Hvidt earned his doctoral degree in theology from the Pontifical Gregorian University in Rome and is currently Associate Professor in the Research Unit of Health, Man and Society at the University of Southern Denmark.
or
Not Currently Available for Direct Purchase