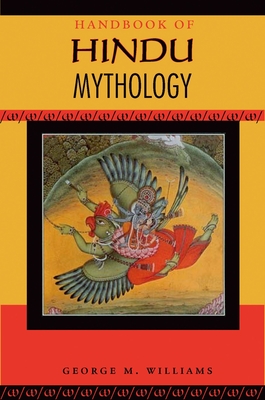 Unlike many other ancient mythologies, Hinduism thrives in the modern world. One billion followers and countless others have been captivated by its symbolic representations of love, karma, and reincarnation.
Handbook of Hindu Mythology offers an informative introduction to this dauntingly complex mythology of multifaceted deities, lengthy heroic tales, and arcane philosophies-all with a 3,000-year history of reinterpretations and adaptations. Williams offers a number of pathways by which to approach Hinduism's ever-changing gods and goddesses (e.g., Brahm�, Vishnu, Siva), spiritual verses (such as the vedas), secular epics (including the R�m�yana and the Mah�bh�rata), myths within myths, devotional and esoteric traditions, psychic and yogic disciplines, and magical practices. With this handbook, readers can explore the history of Hindu mythology, follow a detailed timeline of key episodes and historical events, and look up specific elements of historical or contemporary Hinduism in a beautifully illustrated reference work. It is the ideal introduction to the origins of Hinduism, the culture that shaped it from antiquity to the present, and the age-old stories, ideas, and traditions that speak to the human condition as eloquently today as ever.
Including annotated bibliographies, a glossary of cultural and mythological terms, and numerous illustrations, here is a gold mine of information on Hindu mythology.

George M. Williams is Emeritus Professor of Religious Studies at California State University, Chico. He was one of the founders of the Religion in Modern India section of the American Academy of Religion and its first chair.
Loading...
or support indie stores by buying on