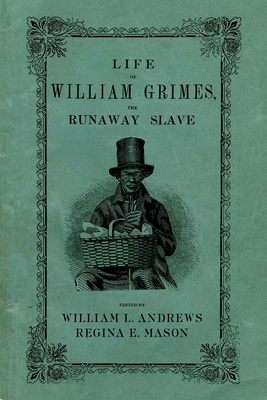 Life of William Grimes, the Runaway Slave is the first fugitive slave narrative in American history. Because Grimes wrote and published his narrative on his own, without deference to white editors, publishers, or sponsors, his Life has an immediacy, candor, and no-holds-barred realism unparalleled in the famous antebellum slave narratives of the period. This edition of Grimes's autobiography represents a historic partnership between noted scholar of the African American slave narrative, William L. Andrews, and Regina Mason, Grimes's great-great-great-granddaughter. Their extensive historical and genealogical research has produced an authoritative, copiously annotated text that features pages from an original Grimes family Bible, transcriptions of the 1824 correspondence that set the terms for the author's self-purchase in Connecticut (nine years after his escape from Savannah, Georgia), and many other striking images that invoke the life and times of William Grimes.

William L. Andrews is E. Maynard Adams Professor of English and Senior Associate Dean for Fine Arts and Humanities at the University of North Carolina at Chapel Hill. He is the author of The Literary Career of Charles W. Chesnutt (1980) and To Tell a Free Story: The First Century of Afro-American Autobiography, 1760-1865 (1986). He is co-editor of The Oxford Companion to African American Literature (1997) and The Norton Anthology of African American Literature (2003), and general editor of The Literature of the American South: A Norton Anthology (1998). Regina E. Mason, Grimes's great-great-great-granddaughter, has spent fifteen years exploring the life and times of autobiographer William Grimes, his wife, their children, and the communities in which they lived. She enjoys genealogy and resides in the San Francisco Bay Area with her family.