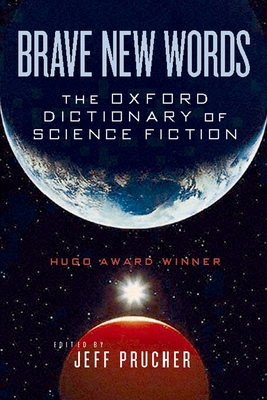 From Stargate and Droid to Zero Gravity and Force Field, this historical dictionary is filled with fun and fascinating entries on all things science fiction. It's a unique window into the entire genre, through the words invented and passed along by science fictions most talented writers, critics, and fans. Each entry includes numerous citations of the words usage, from the earliest known appearance forward. Drawn not only from science fiction novels and short stories, citations are also taken from mainstream publications, fanzines, screenplays, newspapers, comics, songs, and the Internet. This historical look at the language of science fiction shows how many of the words we consider everyday vocabulary, including spacesuit (1929), blast off (1937), and robot (1920), have roots in imaginative literature rather than hard science. In fact, science fiction has created a wealth of language later adopted by the sciences and popular culture. Also, it is often surprising how old some of these terms are. Death Ray, for instance, dates to 1915, and Science Fiction itself has been in use since 1851. Winner of a 2008 Hugo Award, Brave New Words represents the shared language of the entire genre, including the vocabulary of science fiction criticism and science fiction fans. Not only a useful reference, an informative history, and an entertaining browse, this book is also a document of the enduring legacy of science fiction. It is a must-have for every science fiction writer or fan, whether actifan, passifan, faan, or just a plain old Earther.

Jeff Prucher is a freelance lexicographer and an editor for the Oxford English Dictionary's science fiction project. He lives in Berkeley with his family.
Loading...
or support indie stores by buying on