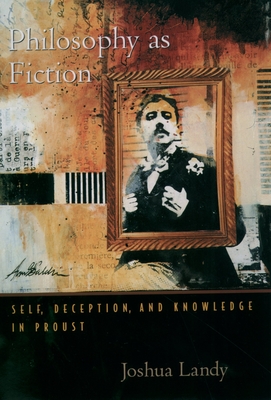 Self, Deception, and Knowledge in Proust

Philosophy as Fiction seeks to account for the peculiar power of philosophical literature by taking as its case study the paradigmatic generic hybrid of the twentieth century, Marcel Proust's In Search of Lost Time. At once philosophical--in that it presents claims, and even deploys arguments concerning such traditionally philosophical issues as knowledge, self-deception, selfhood, love, friendship, and art--and literary, in that its situations are imaginary and its stylization inescapably prominent, Proust's novel presents us with a conundrum. How should it be read? Can the two discursive structures co-exist, or must philosophy inevitably undermine literature (by sapping the narrative of its vitality) and literature undermine philosophy (by placing its claims in the mouth of an often unreliable narrator)? In the case of Proust at least, the result is greater than the sum of its parts. Not only can a coherent, distinctive philosophical system be extracted from the Recherche, once the narrator's periodic waywardness is taken into account; not only does a powerfully original style pervade its every nook, overtly reinforcing some theories and covertly exemplifying others; but aspects of the philosophy also serve literary ends, contributing more to character than to conceptual framework. What is more, aspects of the aesthetics serve philosophical ends, enabling a reader to engage in an active manner with an alternative art of living. Unlike the "essay" Proust might have written, his novel grants us the opportunity to use it as a practice ground for cooperation among our faculties, for the careful sifting of memories, for the complex procedures involved in self-fashioning, and for the related art of self-deception. It is only because the narrator's insights do not always add up--a weakness, so long as one treats the novel as a straightforward treatise--that it can produce its training effect, a feature that turns out to be its ultimate strength.