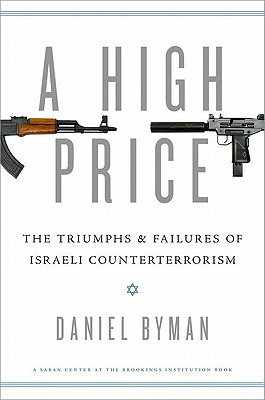 The product of painstaking research and countless interviews, A High Price offers a nuanced, definitive historical account of Israel's bold but often failed efforts to fight terrorist groups. Beginning with the violent border disputes that emerged after Israel's founding in 1948, Daniel Byman charts the rise of Yasir Arafat's Fatah and leftist groups such as the Popular Front for the Liberation of Palestine--organizations that ushered in the era of international terrorism epitomized by the 1972 hostage-taking at the Munich Olympics. Byman reveals how Israel fought these groups and others, such as Hamas, in the decades that follow, with particular attention to the grinding and painful struggle during the second intifada. Israel's debacles in Lebanon against groups like the Lebanese Hizballah are examined in-depth, as is the country's problematic response to Jewish terrorist groups that have struck at Arabs and Israelis seeking peace. In surveying Israel's response to terror, the author points to the coups of shadowy Israeli intelligence services, the much-emulated use of defensive measures such as sky marshals on airplanes, and the role of controversial techniques such as targeted killings and the security barrier that separates Israel from Palestinian areas. Equally instructive are the shortcomings that have undermined Israel's counterterrorism goals, including a disregard for long-term planning and a failure to recognize the long-term political repercussions of counterterrorism tactics.

Daniel Byman is Professor in the School of Foreign Service at Georgetown University and Senior Fellow at the Saban Center for Middle East Policy at the Brookings Institution. He has served on the 9/11 Commission staff and as an analyst with the U.S. government.
Loading...
or
Not Currently Available for Direct Purchase