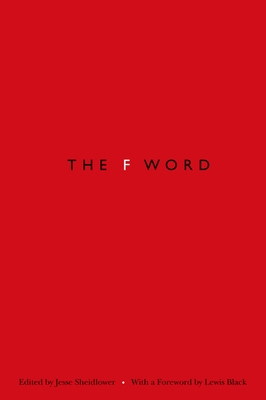 We all know what frak, popularized by television's cult hit Battlestar Galactica, really means. But what about feck? Or ferkin? Or foul--as in FUBAR, or Fouled Up Beyond All Recognition? In a thoroughly updated edition of The F-Word, Jesse Sheidlower offers a rich, revealing look at the f-bomb and its illimitable uses. Since the fifteenth century, no other word has been adapted, interpreted, euphemized, censored, and shouted with as much ardor or force; imagine Dick Cheney telling Democratic Senator Patrick Leahy to go damn himself on the Senate floor--it doesn't have quite the same impact as what was really said. Sheidlower cites this and other notorious examples throughout history, from the satiric sixteenth-century poetry of James Cranstoun to the bawdy parodies of Lord Rochester in the seventeenth century, to more recent uses by Ernest Hemingway, Jack Kerouac, Ann Sexton, Norman Mailer, Liz Phair, Anthony Bourdain, Junot Diaz, Jenna Jameson, Amy Winehouse, Jon Stewart, and Bono (whose use of the word at the Grammys nearly got him fined by the FCC). Collectively, these references and the more than one hundred new entries they illustrate double the size of The F-Word since its previous edition. Thousands of added quotations come from newly available electronic databases and the resources of the OED, expanding the range of quotations to cover British, Canadian, Australian, New Zealand, Irish, and South African uses in addition to American ones. Thus we learn why a fugly must hone his or her sense of humor, why Canadian Prime Minister Pierre Trudeau muttered fuddle duddle in the Commons, and why Fanny Adams is so sweet. A fascinating introductory essay explores the word's history, reputation, and changing popularity over time. and a new Foreword by comedian, actor, and author Lewis Black offers readers a smart and entertaining take on the book and its subject matter. Oxford dictionaries have won renown for their expansive, historical approach to words and their etymologies. The F-Word offers all that and more in an entertaining and informative look at a word that, while now largely accepted as an integral part of the English language, still confounds, provokes, and scandalizes.

Jesse Sheidlower is Editor at Large of the Oxford English Dictionary. Recognized as one of the foremost authorities on obscenity in English, he has written about language for the New York Times, Atlantic Monthly, Harper's, Slate, and Esquire, as well as American Speech and the Journal of English Linguistics.
Loading...
or support indie stores by buying on
(This book is on backorder)